Tokenism: The Wrong Path to Diversity

For decades, the media has presented protagonists that all follow a similar mold of the “straight white male,” a trend that has only recently come under scrutiny as the movement for diversity — including #OscarsSoWhite, a hashtag calling out the white-dominated Academy of Motion Pictures Arts and Sciences— began to gain traction. The entertainment industry has since grown from exclusively using the straight-white-male formula, but the movement for increased diversity sees the emergence of a new problematic trend: token characters.

For the most part, steps taken by producers and directors to improve the lack of diversity include using token characters to represent marginalized communities. However, tokenism has worsened the issue by enforcing stereotypes on a platform in the media. The way in which minority characters are written in shows and films often perpetuate stereotypes, spreading misrepresentative content to large, often multinational, audiences.  Creators’ neglect towards writing minority characters either makes minority communities feel like unimportant parts of society or boxes them into stereotypical personas.

The “Cool Asians” were a cafeteria clique from Mean Girls. The concept of cafeteria cliques were a representation of how the early 2000s teen movie landscape treated Asian American characters.

Poor representation in media not only shapes how audiences view certain demographics, but it also hurts nonwhite artists who struggle to find less one-dimensional roles. Being pigeonholed into acting as the sassy Black friend or the Asian with overbearing parents can be exhausting for actors who wish to branch out into different genres or cinematic styles.

Oftentimes, nonwhite characters mirror the stereotypes set by American society. Black men, for example, are historically depicted as brutish and hypersexual. In the early 1900s, when entertainment in Southern society centered around racist minstrel shows, caricatures of Black men made them out to be threats to white women’s safety and virtue. Today, ongoing crime shows such as NYPD Blue and Law and Order continue to contribute to the idea that Black men are aggressive by suspecting a disproportionate amount of Black men for violent crimes. Common stereotypes in TV today are often rooted in racist history, manifesting as the imprint of a time when America viewed minority communities as dangerous and unnatural.

In a similar vein, Asian stereotypes are still massively prevalent in mainstream media. For example, Cho Chang from the Harry Potter series has a name that is grossly misrepresentative of Asian culture and has stereotypical Asian intelligence. Characters such as Chang perpetuate a culture of racial microaggressions to strongly root itself in young, impressionable audiences.

Cho Chang’s name is a gross misrepresentation of Asian culture. As a Ravenclaw, Chang is also a perpetuation of the smart Asian stereotype.

The “token ethnic friend” is another obscenely overused trope in media, with classic movies containing a nonwhite character that exists solely to uplift the white protagonist. Additional tropes include the “gay best friend” or the “token neurodivergent person,” both of which exist as side characters for comic relief in an otherwise all-straight or all-neurotypical ensemble. The issue with these box-like cliches is that they actively normalize reductive stereotypes to audiences, many of whom may not know that these traits are not always accurate.

Oftentimes, token characters are not only used to create a facade of increased diversity but also to lure in audiences belonging to marginalized communities by creating and marketing characters that they could identify with. However, a common theme among Black and queer characters in horror or action-themed media is that they are introduced to bait audiences who may be watching for the marketed representation, only to be killed off early on. This kind of baiting occurs so often in the entertainment industry that TV Tropes, a Wikipedia page that catalogs common plot devices in pop culture,  gave these tropes names such as “Black Dude Dies First” and “Bury Your Gays.”

Additionally, a lot of mainstream media still follows the classic formula of an all-male ensemble with one woman thrown in, where she is either a flat, arc-less character reduced to a love interest or a “tough” character with a few witty lines who ultimately remains underdeveloped. This “Smurfette principle” can be observed in blockbusters such as Marvel Entertainment’s Avengers and Lucasfilm’s Star Wars franchise, where Natasha Romanoff and Princess Leia are the “smurfettes” in the all-male group. Token woman characters, especially powerful ones, are hailed as heroes of faux feminism as their personalities are boiled down to one-liners and nuance-lacking arcs.

Natasha Romanoff and Princess Leia are the “smurfettes” in the all-male group.

Token characters spread the illusion that the topic of diversity in mainstream media is resolved, allowing directors to sweep this issue under the carpet. Such characters release creators from the responsibility of conducting proper, extensive research to accurately portray cultures, giving them an easy way out with the promise of superficial diversity.  And more importantly, the disregard with which they write token characters hurts minority communities by perpetuating stereotypes to large audiences.

Minority characters need to be presented to audiences just as any other character would be, keeping with the theme and devoid of exclusively stereotypical traits. Media has in fact succeeded in doing justice to minority characters by giving them engaging traits beyond stereotypes. Kim’s Convenience, a witty Canadian sitcom centered around a Korean family, steers clear of stereotypes with the character of Jung Kim, who, with his lighthearted persona and delinquent high school past, defies the cliche portrayal of Asians as serious and bookish. Similarly, The Good Place, a show following four characters who embark on a journey of philosophical introspection in the afterlife, combats racist stereotypes of Black men with the character of Chidi Anagonye, a compassionate Nigerian philosophy professor who is deeply invested in academia. 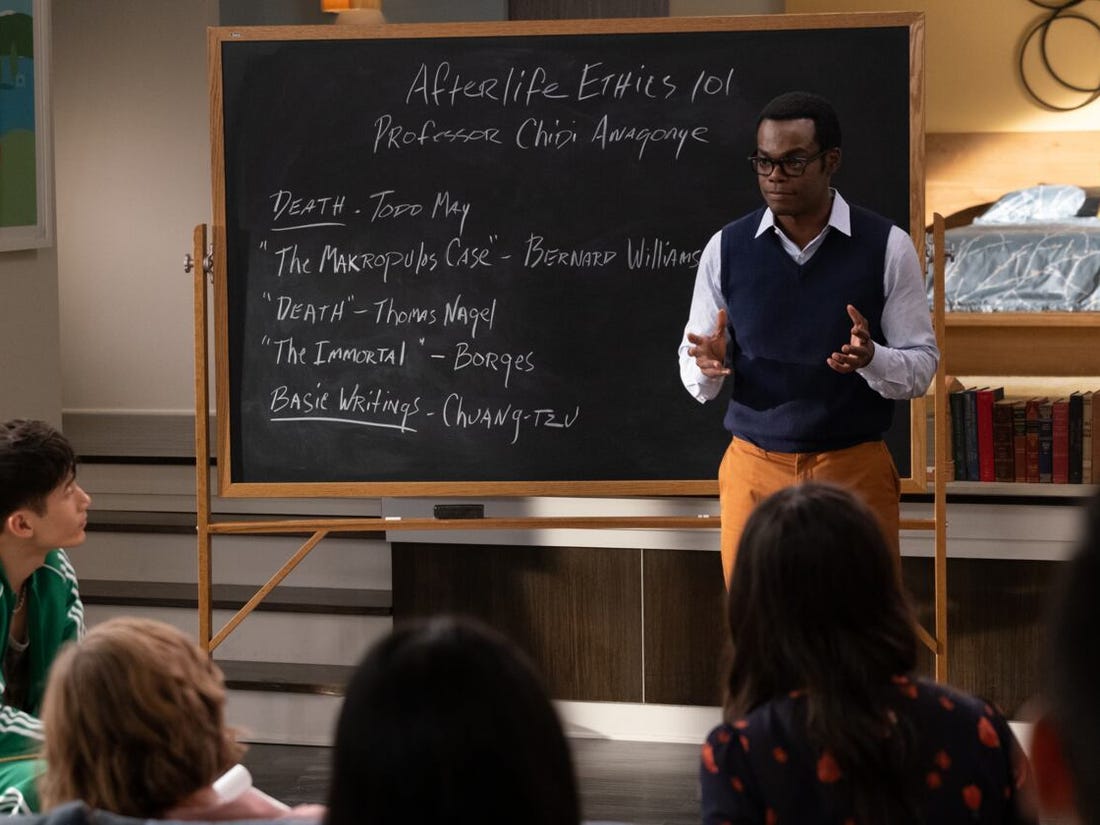 More of Hollywood should take inspiration from such portrayals of minority characters and treat them with the same amount of respect and thoughtfulness as the common straight white male characters.

Minority characters should not be added solely for the sake of making the project seem inclusive. Creators must take on the responsibility to reject stereotypical portrayals of the communities they are writing about in order to respectfully represent them. If the entertainment industry does not rectify its mistakes, it faces the possibility of becoming an echo chamber of harmful stereotypes that worsen minority communities’ battle against prejudice.