Pixar Animation Studios’ Soul, directed and co-written by Pete Docter, is a breathtaking film that tackles abstract philosophical thoughts while still hitting home with its relatable message about life. Though its plot is not without flaws, Soul’s creative concept, clever world-building, and powerful theme make it one of Pixar Animation Studios’ most impressive works.

Released on Dec. 25, 2020, on Disney+, Soul follows the journey of middle school band teacher Joe Gardner (Jamie Foxx) in New York City and his ambitions to become a professional jazz musician. After a fatal accident that should have killed him, Joe, now in the form of a soul, finds himself in the Great Beyond,  where souls temporarily travel to before dying. Refusing to die, Joe escapes from the Great Beyond and enters the Before Life, the place where souls are curated before they are sent to a newborn person on Earth. Joe then meets 22 (Tina Fey), a notorious soul that has refused to be sent to Earth for thousands of years. After learning about Joe’s passion for music, 22 decides to help Joe return to Earth and to a jazz gig that he has always dreamed of.

Soul, produced by Pixar Animation Studios, was released on Dec. 25, 2020 on Disney+.

Soul’s premise is an ambitious one, but after directing films such as Up and Inside Out, Docter is no stranger to innovative concepts that explore beyond the bounds of the real world. Soul sets up an entirely new dimension that convincingly explains the origin of life. Although plenty of unanswered questions and plot holes arise, the world-building is done in a creative, yet understandable manner.

Soul also makes history by featuring Joe as Pixar Animation Studios’ first Black protagonist. The movie does a great job weaving aspects of Black culture into scenes such as the banter in the barbershop or the portrayal of jazz. However, as monumental as Soul is in terms of diversity, its primary message about the purpose of life and a person’s passion rings true for people of all races.

The movie’s animation, coming from Pixar Animation Studios, is stunning. The stark color palette contrast and design differences between the Great Beyond, Great Before, and Earth itself make the transitions between settings easy for the audience to understand. The animation of souls and other abstractions, such as the counselors in the Before Life, is also clever and helps viewers grapple with these hypothetical ideas. 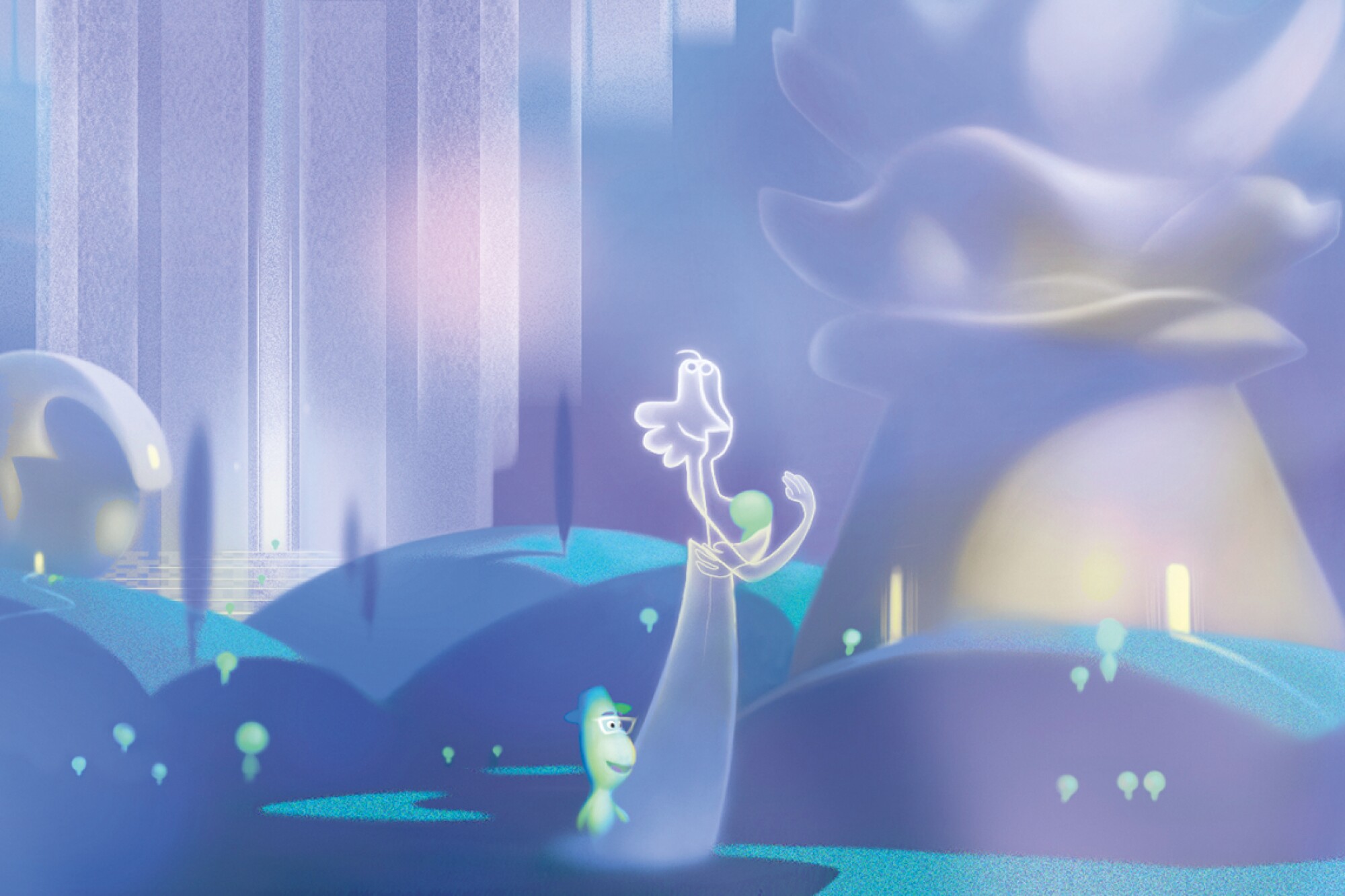 The impeccable design of settings like the Before Life helps make the philosophical ideas more digestible.

The score and original compositions of the movie, written by Jon Batiste, Trent Reznor, and Atticus Ross, combine to make one of Pixar Animation Studios’ best soundtracks. Though the theme of jazz and music takes a minor backseat in the film, the original jazz compositions in the movie are powerful and let the audience know the extent of Joe’s passion. The score of the movie also boasts its fair share of exceptional tracks that assist in the world-building of Before Life, add intensity to the film’s climactic scenes, or hint at the nature of certain characters.

Although almost all other aspects of the film are impeccable, Soul’s plot is its major pitfall. The rules of Soul’s world raise many logistical questions and pose many unanswered plot holes, such as how Joe is one of the only people to try to cheat death. Many plotlines related to certain characters or events are also left feeling unfinished and like wasted potential storylines. The comedy in the movie is also quite weak, and the few jokes in the movie rarely work in the context of the film.

Overall, Soul is not a movie without faults, especially in its plot. However, the unique concept and setting, the impeccable animations and music, and the resonant message of the film make Pixar’s Soul a movie definitely worth watching.

Joe Gardner’s adventures in the Great Beyond reinforce a powerful message about life and death.

While it bears some flaws, Pixar’s Soul is a moving film with an excellent soundtrack, stunning graphics, and a compelling message that can resonate with everyone.

Worth reading...
Shawn Mendes Walks His Listeners Through Wonderland, The Story of His Love Life