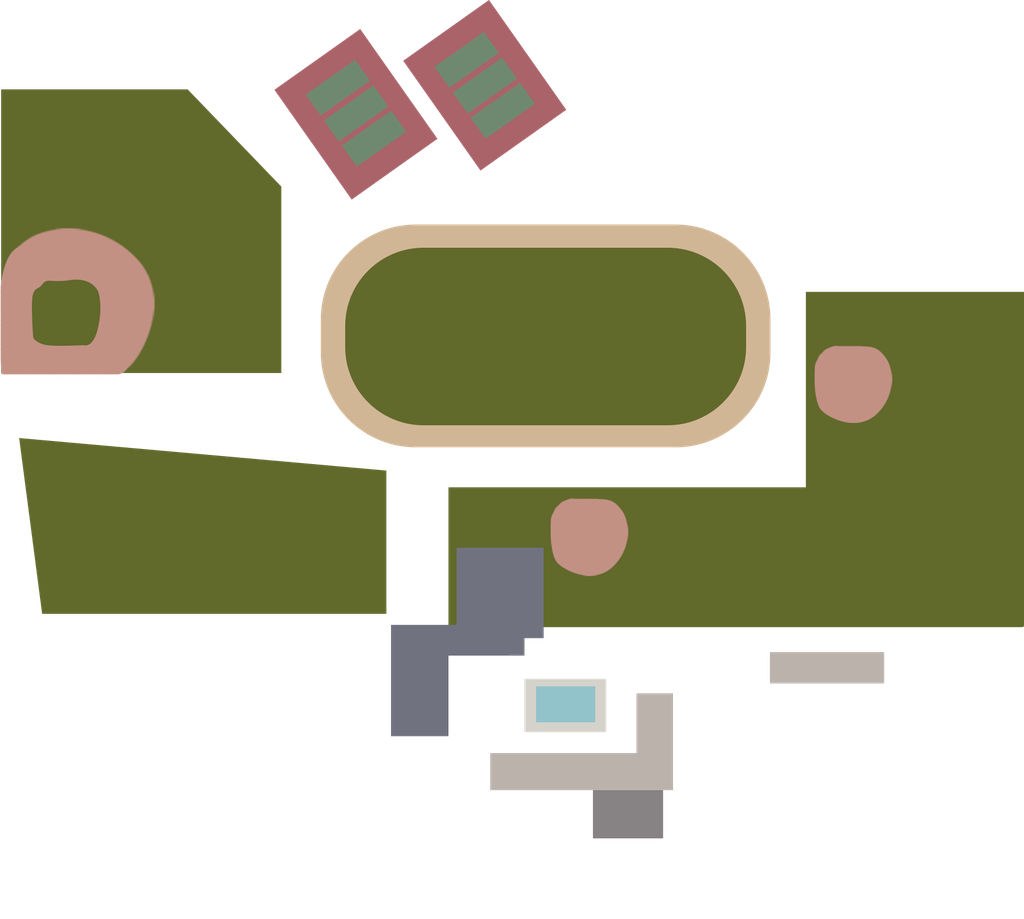 MSJ is currently undergoing an extensive modernization project using Measure E funds, with upgrades to the HVAC system, the parking lot, and the replacement of the floors. The Smoke Signal investigated the use of these funds for repairing or renovating any sports facilities, along with the current condition of the major sports facilities at MSJ as well as the tentative long range plans in store. Writers sat down with FUSD’s Assistant Superintendent Raul Parungao, Deputy Project Director Aaron Kael, and Project Manager Paul Cristilli to obtain information, and reached out to MSJ coaches and student athletes for their perspectives.

“In the Long Range Facilities Plan there was a need identified for a new sports complex. It’s a three court gym and a PE locker room, along with upgrades to the track and the sports fields.” — Aaron Kael, FUSD Deputy Project Director

“They had planned in the long term, which is not in the bond [Measure E], about $1 million for a track upgrade, about $300,000 for general hardscape and landscape, which would cover your tennis courts and softball fields, and another $1 million for a synthetic football field.” — Raul Parungao, FUSD Assistant Superintendent

The cardio room used to be a mat room, then it was a dance room, and now it’s the cardio room. The facilities haven’t changed much, but what’s going on in the facilities has changed. The mini-gym was just an auxiliary gym that was used for wrestling and gymnastics, but it was deemed unsafe for gymnastics because the runways and the bars were too close to the walls. The fields have never been redone or upgraded, they’ve just been maintained. The track is probably the most used facility on campus, considering the sports and PE classes that use it, and it’s probably one of the worst. When it rains it’s like a swamp. It’s just old. The cement on the inside of the track is broken so the mud doesn’t drain the right way. “ — Athletic Director Tom Thomsen

“An issue for Mission, is that we are one of five high schools. The school district tries to be as fair and as balanced as they can. What we need at MSJ, four other schools might need as well.” — PE Teacher Pete Vaz

“The cardio and weight room are two great facilities we have. They are safe when students use them properly, but when they start fooling around is when things get dangerous. We do make sure everything safe. We also gym doctors that come in and fix machines when they are broken, so we try to keep everything safe. We do have two new treadmills and ellipticals, we are always trying to update things when money is there. In the bigger picture, it would be awesome to have a great weight room, audio room combination.” — PE Teacher Stephanie Randazzo

“[The facilities are] lacking  tremendously. They really meet the minimal requirements for students to work out and get things done, there’s a lot of room for improvement, in almost  all the facilities. Mr. Thomsen has done a good job putting things together, trying to get more equipment in the weight room, the conditioning room, and so forth. But there’s a lot that can be done. There’s equipment in the weight room that been there since I started 30 years ago. It’s pretty old.” — PE Teacher and Leadership Advisor Ben Breazeale

“The gym is poorly insulated and ventilated. It gets really, really, really hot. Almost dangerously hot to where our kids are at risk of being dehydrated. Our courts are too close together… It creates a lot of chaos when that many people are so close. There’s so many obstructions on the ceiling and screws fall out regularly… ” — Girls’ Volleyball Coach Donald Hui

“[The school needs] something that would have been used during the school day all day, and after school, and by the public. Whereas our brand new beautiful pool, most of the year is not used during the school hours up until 3:00. So, the public, meaning the students here at Mission, should have been involved in the discussion on the athletic facilities. Instead, we have happening a lot, is that there’s real specific groups with needs, and when they’re vocal, the needs get met. But it’s not the best way to serve the majority of the students.” — Cross Country Coach Jack Marden

“Our court really impacts my team’s playing ability. Since our gym is very old the court isn’t the same as it used to be, it’s very worn out. For basketball we slip when we run because of the dust that gathers up on our shoes. We don’t do as much running for volleyball but we have to constantly wipe our shoes because of the wax on the floors.”— Starla Murillo, 10, Girls’ Basketball, Girls’ Volleyball, and Softball

“We share the facility with Irvington and American because there is only one golf course in Fremont, so sometimes we had to take turns using different parts of range. This might have affected how much we were able to practice the skills that we need to practice the most. Also, we had very few opportunities to practice on the grass and instead practiced on mats, which affected our distances and swings when we played on real grass. However, many players on the team practiced by themselves over the weekend to be successful, so our overall skill level was not affected by the facility.”— Joanna Liu, 12, Girls’ Golf

“As a volleyball player, I think that the biggest problem in our sports facilities is the low ceiling in the gym. It affects both basketball players and volleyball players in many ways, from quality of practice, to losing a very important point in a game. Also, our weight room probably needs to level out the flooring in the room, because there are a few potholes that are just covered over with a black rubber layer that can cause major injuries, from tripping and falling on equipment to sprained ankles. Other than that, there isn’t much else that really bothers me. Our equipment is outdated, but it still works fine.” — Thao Luong, 11, Girls’ Volleyball

“For cross country, I think we’re fine. For track, because we don’t have a rubber track at MSJ, we are forced to travel to Tak in the weekdays to complete our workouts. When we can’t do that, we have to use the dirt track at MSJ, which gives us inaccurate times and splits. Soccer is the biggest issue. We have not been able to find a turf field, and have been playing on the grass field for the past four years, even though our matches are mostly played on turf. As a result, we don’t get to practice dribbling, passing, and shooting as it would happen in a game. In addition, injuries are common due to the many gopher holes and rough patches. Finally, practice often gets canceled when it’s raining because we cannot play on the field — if it was turf, we would’ve been able to.” — Shrey Vasavada, 12, Cross Country, Track, and Soccer