This year, MSJ implemented a new Thursday advisory period. Take a look at the interactive graphic of MSJ and scroll down to find out what students have to say regarding this new addition to the school day schedule.

Scroll over the interactive map of MSJ below to see where students spent their first advisory period. 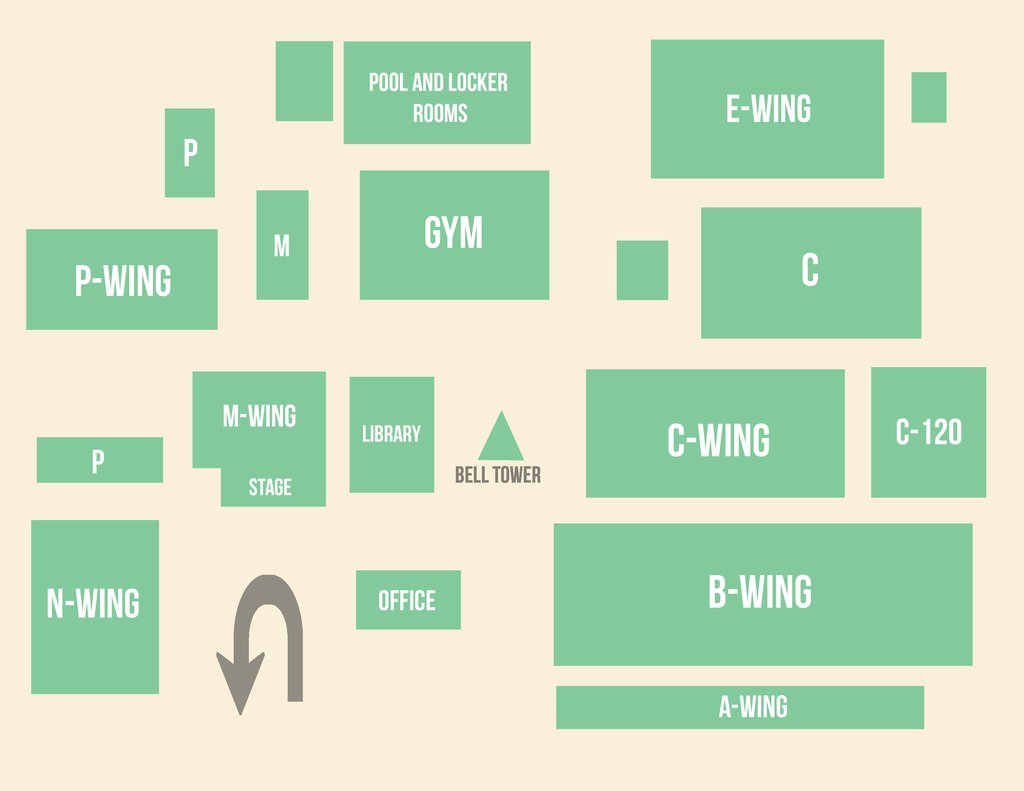 Note: Map is not drawn to scale.

Do you think advisory is helpful for you? How so?

“I think advisory is helpful for me because it gives me free time to rest, finish homework earlier, work on projects, and study for tests if I need to. I can also learn new things from different activities in different classrooms and with teachers.” — Sasha Tang, 9

“The first advisory was helpful because we were actually able to get our ideas together for a project, but I feel like the rest of the time I’m probably not going to use it as much for work more than I will for hanging out with my friends. I’m not sure, but I think it’s a good addition.” — Ananya Verma, 10

“I think advisory is helpful in that you can get work done, but it also makes the school day seem a lot longer. There are like seven periods now, and even though one of them is free, you become a lot more tired during sixth period, even though it is just psychological.” — Gabriel Chuang, 11

“I really enjoyed having an advisory period because it gave me time to get work done at school. Furthermore, since I don’t have any classes with good friends and spend almost every lunch doing L2, class officer, or club officer duties, it was nice to be able to spend some time with friends, even if it was just working side by side with them.” — Kate Lin, 12

What activities do you hope to see in the Advisory Menu later in the future? Why?

“I’d like to see dance in the menu. I think it would be a fun way to exercise and since a lot of juniors and seniors don’t have PE anymore it would be good for them.” — Ayushi Malhotra, 9

“I think introduction to random activities, such as painting and computer science languages, would be a cool addition.” — Zoya Hajee, 10

“It might be cool to have some college talks or career-oriented activities or lectures in the future, to give students a better idea of what they want to do after graduating.” — Vivian Su, 11

“I hope to see more sports options and some specialized lectures or talks for people who may want to attend them. I also really want a classroom dedicated to napping. [The classroom] should have blankets and pillows and let kids nap the entire period. Idea credits to Lucia Zhang for that one!” — Nisha Sen, 11

“I would like more open classrooms since a lot of them were full.” — Gordon Thein, 12